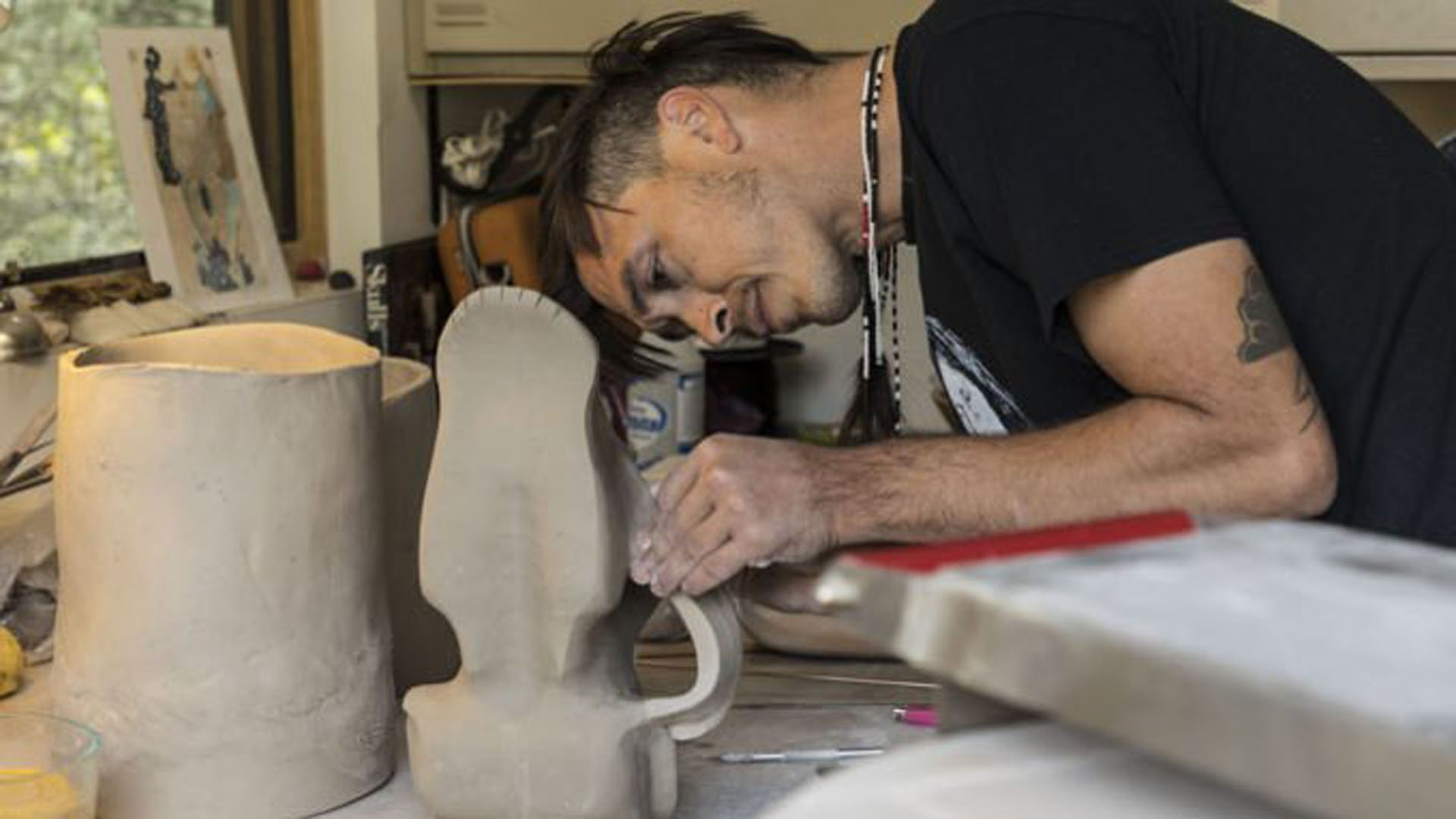 Following protests against the Dakota Access Pipeline, indigenous artist Cannupa travels to Standing Rock reservation, North Dakota, USA, where he was born. In a journey through the Midwest, he meets with indigenous artists and activists. Here, oil extraction has increased social tensions and threatens to contaminate waters, affecting in particular Indian reservations. Back to his studio in Santa Fe, Cannupa starts a new series of artworks that question the exploitation of natural resources.

Cannupa Hanska Luger is an indigenous artists belonging to the Lakota Sioux and living in New Mexico. He travels through the American Midwest toward Standing Rock to re-establish the connection with his motherland. The movie talks about this land, which has been exploited for profit without taking into consideration the long-term consequences of oil extraction and arbitrary decisions.

The title Not Our Land has multiple meanings. It tells about the strong feeling of belonging to a land that has been forcibly stolen.
It expresses the refusal to participate in the ruthless exploitation of natural resources, and at the same time invites to care for the land and for water. These are all feelings that Cannupa harbors, and which he expresses during his road-trip through the Midwest, reacting to the encounters he has with other indigenous artists and members of his family and community. His journey of rediscovery nourishes his art and his creations made of ceramics, iron, and cloth.
Similarly, the meetings with the descendants of ancient American indigenous communities are an occasion to encourage dialogue on topics that are often overlooked by the American society and to awaken long lost ancestral ties and feelings of responsibility towards our land.

The idea for the movie was born within the framework of the Imago Mundi project, a collection of works of contemporary art commissioned and collected by Luciano Benetton. The collection brings together artists from every continent, and comprises now more than 20 thousand artworks from over 130 countries and native communities.
Cannupa Hanska Luger is one of over 200 indigenous artists of North America who created an artwork for Imago Mundi. His creation and the story behind it sparked curiosity, and the desire to investigate the past and present stories, the cultural background and the current lives of indigenous peoples of North America.
Travelling on the land of those ancient communities and shooting the movie, revealed how the native bond with the motherland is strongly linked with current environmental issues and how art is one incredibly strong instrument which is able to condense and convey all those meanings.